Bitcoin tumbled today after major US cryptocurrency lending company Celsius Network froze withdrawals and transfers citing “extreme” conditions, in the latest sign of how financial market turbulence is causing distress in the cryptosphere. 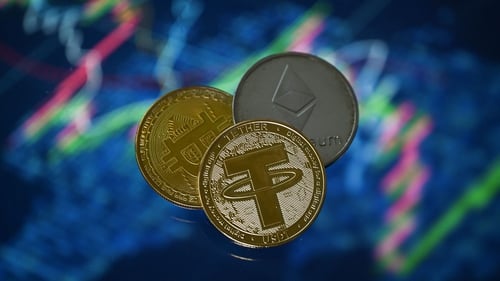 The Celsius move triggered a slide across cryptocurrencies, with their value dropping below $1 trillion on Monday for the first time since January last year, dragged down by 11% fall in the largest token bitcoin.

Crypto markets have dived in the past few weeks as rising interest rates and surging inflation hurt riskier assets across financial markets.

The collapse in May of the terraUSD and luna tokens also shook the industry.

In a blog post, the company said it had frozen withdrawals, as well as transfers between accounts, “to stabilise liquidity and operations while we take steps to preserve and protect assets.”

“We are taking this action today to put Celsius in a better position to honour, over time, its withdrawal obligations,” the New Jersey-based company said.

The surge of interest in crypto lending led to concerns from regulators, especially in the United States, who are worried about investor protections and systemic risks from unregulated lending products.

Celsius and crypto firms that offer services similar to banks are in a “grey area” of regulations, said Matthew Nyman at CMS law firm.

“They’re not subject to any clear regulation that requires disclosure” over their assets.

Celsius CEO Alex Mashinsky and Celsius did not immediately respond to Reuters requests for comment outside U.S. business hours.

As of May 17, Celsius had $11.8 billion in assets, its website said, down by more than half from October, and had processed a total of $8.2 billion worth of loans.

Mashinsky, the CEO, was quoted in October last year saying Celsius had more than $25 billion in assets.

The company’s website, which urges customers to “Earn high. Borrow low,” said it offers interest rates of up to 18.6%.

“We reached out to Celsius Sunday morning to discuss the acquisition of its collateralised loan portfolio. So far, Celsius has chosen not to engage,” said Nexo co-founder Antoni Trenchev.

Celsius did not immediately respond to a request for comment on Nexo’s offer.