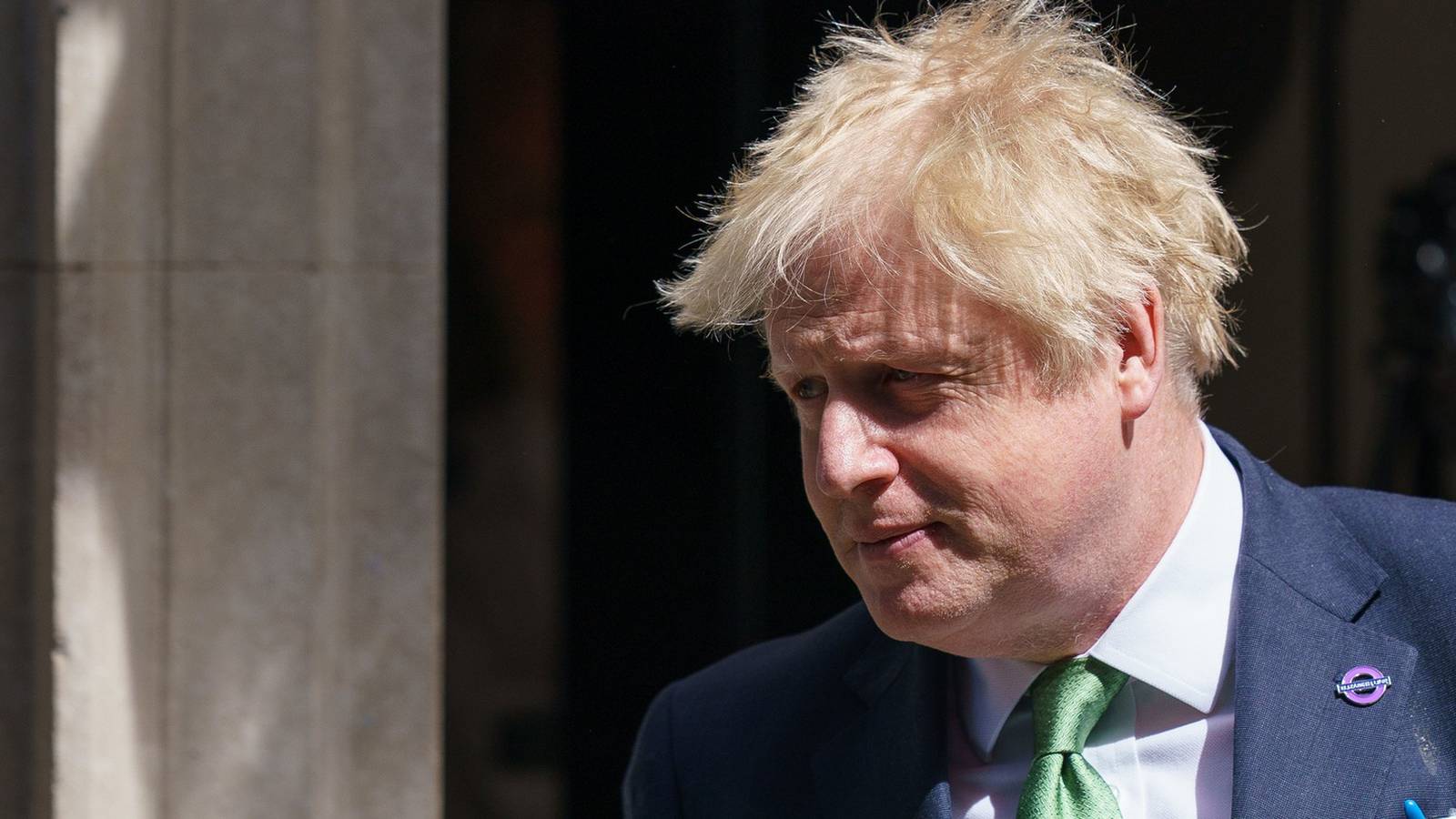 Boris Johnson needs to keep the Brexit nonsense going because he has nothing else. There is no other policy and, economically, Brexit is a cul-de-sac.

Isn’t it amazing that British intelligence can be so accurate on Russia and so appalling on the EU? The latest ruse on the Northern Ireland protocol is a classic “false flag” operation. It is designed to shift the blame from London to Brussels for the crime of signing, willingly, an international agreement.

Like Vladimir Putin, Boris Johnson has underestimated the mettle of those he regards as his enemies. In terms of timing, Johnson’s gamble is based on the EU not retaliating against the UK over something Johnson considers as inconsequential as the democratic rights of the people of Northern Ireland. He is hoping Europe will consider them inconsequential too, as Europe and Britain are on the same side in the globally momentous war in Ukraine.

On this he is wrong and must, like Putin, be proved so for the integrity of both the EU’s single market, the foundational economic structure of the union and the international multilateral system based on treaty obligations.

The reason London regards the democratic will of the people of Northern Ireland as trivial, is that it doesn’t give a fig about the place. Johnson and his increasingly incompetent band of cadres, have continued to weaponise the North, deploying various strands of unionism as “useful idiots” in a grand electoral scheme designed to keep Brexit going.

Without London’s money, the UK runs out of revenue, and Brexit will undermine London’s tax base as international finance migrates

Johnson doesn’t want to “get Brexit done” nor does he want to “move on” in any meaningful way. The entire re-election strategy is to keep Brexit going, keep creating “false flag” operations, keep the Brexit voter on an entirely fictitious state of alert, based on some dream-like, nostalgia-driven idea that Britain is at war with the EU.

After all, this is the guy who compared Brexit to Ukraine’s life or death struggle against Russia. Johnson needs to keep the Brexit nonsense going because he has nothing else. There is no other policy and, economically, Brexit is a cul-de-sac.

In terms of the big picture, over the past 40 years the UK has actively erased its manufacturing base, largely in the midlands and the north, the so-called Red Wall. These areas have gone into industrial, economic and social decline.

On a national level, revenue from these regions has been replaced by a large and successful bet on services and finance based in London. The buoyancy of the tax take from booming London and the southeast has been recycled to pay the welfare of the commercially denuded regions, cushioning the blow somewhat, but making the country highly dependent on Remain-voting London.

London understands that London’s success depends on finance and finance depends on openness, on attracting foreign talent and on being a fully committed member of the global economy. Without London’s money, the UK runs out of revenue, and Brexit will undermine London’s tax base as international finance migrates.

The alternative long-term strategy is “levelling up” which implies state-sponsored efforts to breathe manufacturing life into the midlands and the north. Obviously, modern manufacturing based on global supply chains is inconsistent with tariff barriers within the region that the UK depends on for over 50 per cent of its trade, the EU.

Brexit is inconsistent with a manufacturing renaissance because 21st-century manufacturing depends on free trade. The idea of levelling up within the economic birdcage of Brexit is nothing more than an ad-man’s spin, a cheap slogan, conceived to deceive BBC Radio 4’s Today programme. It is hollow flam.

The reality of the English regions is far more disturbing. This is also the Brexit stronghold.

The British Office for National Statistics (ONS) has built a tool for exploring deprivation in the UK. Looking at the jurisdictions of local authorities in major English cities in 2019, more than a fifth of the population was income-deprived in Manchester (21.9 per cent), Birmingham (22.2 per cent) and Liverpool (23.5 per cent) – rising to one in four in Middlesbrough.

A report from last year by the All-Party Parliamentary Group into England’s 225 “left-behind” neighbourhoods revealed the bottom 10 per cent of council wards were lacking in basic social infrastructure. These places are home to some 2.4 million people, predominantly in post-industrial towns and cities along the so-called Red Wall.

According to a recent parliamentary report, about 10.5 million people (one in six) in the UK are in relative low-income groups (below 60 per cent of median income) before housing costs are taken into account, rising to about 13.4 million (one in five) once we account for housing costs. The numbers are more startling for children, with more than one in four in relative low-income groups.

A YouGov poll from the start of this year found that 37 per cent of respondents couldn’t afford to heat their home during cold weather, rising to almost half among those earning less than £15,000 per annum. Similarly, an ONS survey found that when faced with an unexpected but necessary expense of £850 the number of respondents that could not afford it rose to:

This is the reality of Brexit. This is England.

The latest culture war is Brexit, appealing to the latent nationalism of the ‘left behinds’

The latest figures for social deprivation in Ireland, although intolerable, point to an entirely different underlying social reality. According to the CSO, 11 per cent or just over one in 10 Irish citizens is at risk of poverty, around half of England’s rate. Nine percent of pensioners here and 11.6 per cent of adults have “difficulty or great difficulty” making ends meet, rising to 13 per cent for adults with up to three children.

Over a decade of Conservative rule has unravelled much of the narrowing of inequality that was experienced under the previous Labour governments. However, the broad long-term thrust of UK economic policy since 1979 has been to exacerbate, and then weaponise into various culture wars, the social, opportunity and geographical gaps within England.

The latest culture war is Brexit, appealing to the latent nationalism of the “left behinds”, whose grievances are legitimate but will not be cured by the fantasy economics of Brexit.

Fixing England will take many decades and huge investment to have even a chance of success. That task is well beyond the present government, even if they wanted to build foundations now. Far easier to wave the false flag, create phoney conflicts, threaten smaller countries like Ireland and put the theme of The Dam Busters on repeat.

It’s so tiresome to have a neighbour like this.